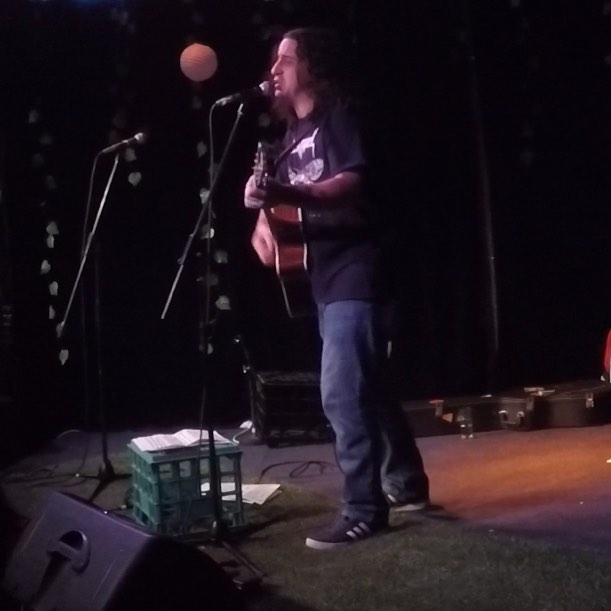 Let the crazy month of October commence!!! Here are the gig announcements I mentioned last post…. 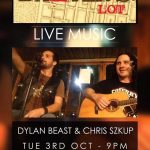 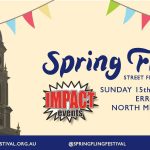 October 15 – Playing the Impact Events Buskers Stage with Dylan Beast at 2.30pm as part of the Spring Fling Street Festival 2017. This is the 40th anniversary of the event and promises to be a great day out. I’m told that we’ll be right next to the Town Hall Hotel, so a perfect spot for people to have a cold one and take in some tunes!! 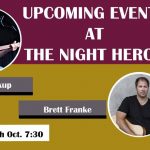 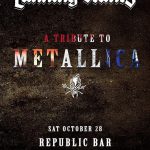 October 28 – playing with my mates in Cunning Stunts at the Republic Bar & Cafe in Hobart again paying tribute to Metallica. This is likely to sell out like last time, so my advice would be to grab tickets asap if you’re interested in coming along from the following link – http://m.moshtix.com.au/…/cunning-stunts-a-tribute-to…/98924

Had a few months away from the music, doing some quick trips overseas to New Zealand, Japan, Indonesia and Singapore! Always an amazing time that I thoroughly enjoy, but now it’s time to get back into the music!

As I speak, there are five songs mixed down for my new collection of songs (so far unnamed) , and while I didn’t tell anyone, I decided that when I got to this point with the mixing, it would be time to start putting them out one by one, while carrying on with the mixing of the remaining songs in the background. Dennis Leeflang has been doing an amazing job on these, and I totally can’t wait to have them out there! This morning I sent what will be the first song released to Mr Andy VanDette for mastering. Dan Verkys will also be handling the artwork, as is always the case. We’ve started bouncing ideas around for it already.

It’s a song called “Ride” and is a song I wrote in 2001 back when I was living in Hobart, but knew that I had to pack everything up to move away and start again – which I did in 2004, but that’s another story. It is interesting to look back on the song, and also hear it coming to life in this final version. It features Rob Lundgren on vocals, Dennis Leeflang on drums (and mix), and myself on guitars, bass and keyboards.

Aside from this, I’ve gotten back into the playing live thing, which felt really good to do! Here’s a few recent live vids:

A song from my second album “Resist to Exist”. For some reason this was only the third time I had played it before. Always liked the song!

A favourite from The Feckers album “It’d Be Rude Not To”. One that I have been playing since even before the album was released in 2013, and one that is played at most live gigs I do. It had been a while this time, so it felt real good coming back to it!

Alice in Chains cover and wow, what a song!!! Dylan and I had started playing in a heavy band together that is still putting songs together on the quiet. We had also discussed other styles and possibly doing acoustic duo type gigs, which is how this all began. We do quite a few Alice songs as we both love them so much!!

Alice in Chains cover. See what I mean – we really love the band haha! What a song, and album!!

David Brent cover. Being a huge fan of the British (aka REAL) version of The Office, I was absolutely over the moon when I heard Ricky was bringing back the Brent character and I always enjoyed his songs from the show, drawing that fine line between being a pisstake and actually being pretty bloody good! I’ve been doing a few of his songs from the soundtrack album live this year as I just think they’re really good songs. I haven’t met anyone in the crowds that has recognised them so far though sadly – maybe they think “that guy Chris writes really good songs” when I do it? Sorry Ricky – I always give you a plug when I do them haha.

This was the day after Chris Cornell sadly passed away. What a SHOCK! We were both huge fans, and this wasn’t planned at all. I sent Dylan a message asking if he’d like to sing something by Chris and he was into it. Some people said perhaps it was too soon, but I don’t think there is a right way in these cases – you just do what you gotta do, which is what we did here. Real glad we did!

Have been wanting to do a song by the great Bumblefoot for a long time, but I’m human in regards to my singing range and guitar abilities while he isn’t haha! So for a long time it didn’t happen, just cause I couldn’t find one I could do justice to! Here is my attempt at the great song “Drunk” anyway. Hope I didn’t balls up your song too much Ron!!

(Never thought I’d get to sing the lyric “I see your face in every drop of golden urine” at an intimate little acoustic gig some day in inner Melbourne though I must admit haha!)

Tom Petty cover. I’ve done this song a fair bit this year. The “Into The Great Wide Open” album it’s from is just about perfect to me. Just great songs that are to the point, great melodies and playing, no one going off on any tangents trying to steal the spotlight or anything like that. Just great rock n roll – which is what Tom and The Heartbreakers have done for over 40 years very consistently. My mate Michael Hussey joins me here for some off the cuff jamming of the tune. Great fun to do! 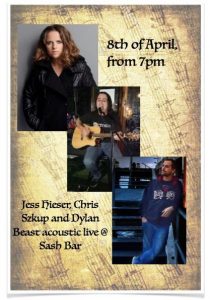 If you’re in Melbourne tonight, come and hang at The Sash Bar in Northcote (111 High St, Northcote), for a night of acoustic tunes from Jess Hieser, Dylan Beast and myself.

Will have Solo and Feckers CD’s with me like I always do – TAKE THEM haha – I need my cupboard back!!!!